A Box Of Skunks

by Yggdrasil In The Skunk-Ape Moment 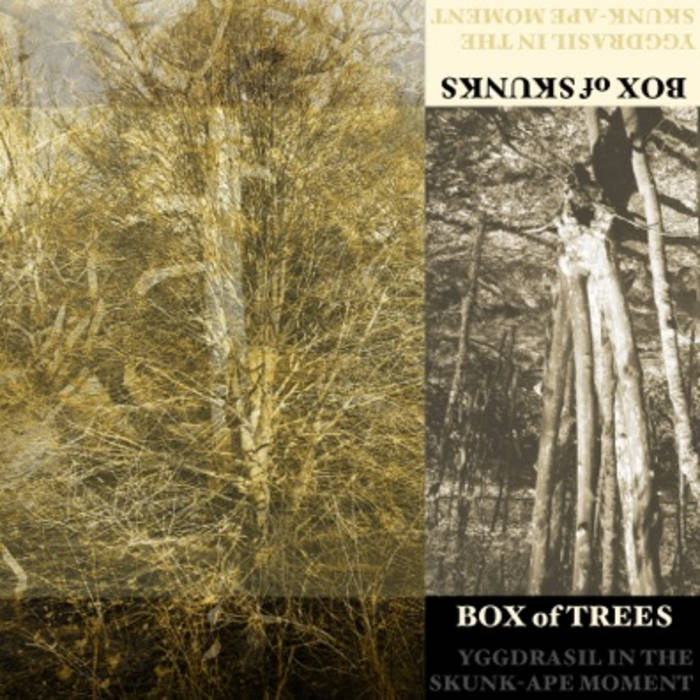 A BOX OF SKUNKS
being, so far as we know, the complete collected works of Yggdrasil In The Skunk-Ape Moment between 2008 and 2011.

A rehearsal for MarcStock (see "Welcome To The Moment"). Performed in a classroom where, less than a year prior, a skunk had actually crawled into the wall and died. The room had mostly stopped smelling by that point, though.

This track is actually titled "In the Favorable Month of the Male Earth Rat" and was dedicated to somebody. Performed in the Red Barn as part of the Skunk-Ape Shire Tour 2008.

Performed at the Hampshire College Tavern. During the 2008 Skunk-Ape Shire Tour.

Performed in the Skunk-Ape Shire Tour 2008 in the Hampshire College Dining Commons as part of a benefit for Heifer International. I am under the impression that we fasted for a while before playing. Michael is not. Michael is probably right.

WHY SAM
(ca. 2010)
With Julian Litwack on the Congas. Performed in room J.